When he was a senior in high school, Christopher Girard (’13) had a decision to make about college. His first option was to go straight into USC’s prestigious biomedical engineering program and graduate in four years. His second option was to attend Biola University for three years to complete general education courses and then transfer to USC for his upper division courses in biomedical engineering. To someone unfamiliar with Biola University, it seemed an obvious choice to pick a big-name school like USC and graduate a year earlier.

For Christopher, however, it was an easy decision to take the slightly longer route and attend Biola first. Due to Biola’s 3-2 program with USC, which allows students to spend three years at Biola for GE courses and science prerequisites followed by two years of engineering courses at USC, Christopher graduated with a physical science degree from Biola and an engineering degree from USC in five years. This program also allowed Christopher to complete his general education in smaller, discussion-based classrooms through the Torrey Honors Institute, in contrast to large lecture hall classes taught by a TA at bigger schools. Christopher considered these advantages to be well worth the extra year and chose to attend Biola.

The class sizes and level of attention from professors, particularly in his science prerequisite classes, were highlights of Christopher’s Biola education. “Individual attention is not an option at the bigger schools, but here at Biola, our physics class is taught by a Ph.D. from Cornell with about 30 to 40 students in the class. The professors are really interested in teaching, and it is an extremely conducive environment to learn in,” he says.

The intimate nature of Biola’s science program was instrumental in Christopher’s success at USC, and he noted that when he transferred to USC, he was well ahead of his peers in basic knowledge of chemistry, biology and physics. “Biola prepared me for advanced study in my field. Students often look at research prestige of a university, which is important, but in my experience, you need a solid foundation in the basic skills, and Biola is set up really well for that,” Christopher says.

In fact, Christopher was so successful in his upper-division coursework that he was accepted to stay on at USC for an accelerated master’s and a Ph.D. program in biomedical engineering. He believes he has found his niche in this area and is excited to pursue it further. “I always had an interest in medicine, anatomy and physiology, but being a doctor never really seemed like a good fit. When I realized biomedical engineering was a field, I thought it was a good fit because I could work in both worlds,” he says.

After completing his Ph.D. at USC, Christopher’s dream job is to work in research and development for a medical device company. In one of his graduate labs, he had the opportunity to work in a lab that created the first FDA-approved artificial retina device that will help visually impaired people regain some of their sight. This experience fueled Christopher’s desire to work in this type of setting after he completes his schooling, and he plans to work on implanted systems that mimic healthy electrophysiology in place of damaged nerves.

As he works to obtain advanced degrees in science, Christopher is aware more than ever of the need for Christians to have a prominent voice in this field. “As with anything, if the Christian worldview is underrepresented that is another area that is going to drift away from kingdom work. Science has an anti-Christian bias because of a perception that the church is scared of science,” he says, adding, “We need Christians who are thinking about what it means to be a Christian in their field, not someone who is compartmentalizing their work from the rest of their life. So much of the earlier scientific progress and discoveries were from Christian people and I want to be part of the effort to reclaim that important role.” 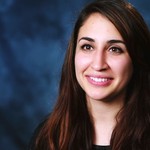 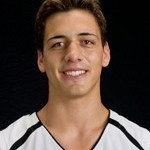 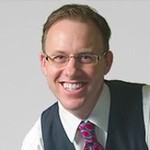 Wisdom for the Church

CCT Pastor-in-Residence Kirk Winslow shares about how his experience with CCT has equipped him for his ministry among adults who are disenchanted with the Church.