Junior Nathan Decker loves exploring ideas and discovering the how and why about the world around him. He entered Biola as a philosophy major, intending to ask these big questions about life from a philosophical perspective. However, after enrolling in a general physics just for fun in his freshman year, Nathan was hooked and decided to change his major to physics.

“One of the things I liked the most about that class, and physics as a whole, was how my professor, Dr. Yee, was able to relate every concept we learned back to practical problems in the real world. It was all so fascinating to see the world through that understanding,” Nathan said.

Nathan has fully immersed himself in his new major, taking advantage of every opportunity to apply what he is learning. This past summer, under the supervision of Dr. Yee, he conducted research on 3D printing, a field that has seen tremendous growth in recent years.  Nathan’s project focused on the use of recycled plastic and he was able to develop a composite plastic that can be used in 3D printers and incorporates 15% post-consumer recycled plastic. He also wrote an article about his research that was recently published in “The International Journal of Rapid Manufacturing.”

“My hope is that this research will increase the demand for recycled plastic. This, in turn, would divert plastic from the waste stream and improve the economic conditions of people in other countries who sustain themselves by sorting and selling waste,” Nathan said.

Studying science at Biola has had a key impact in shaping Nathan’s understanding of how to live out his faith.

“I have learned what it means to be a Christian physicist.  We can use science as a tool for obeying the love command, carrying out the Great Commission, and glorifying God through our study of his creation. Studying science in a Christian context like Biola has been tremendously valuable to me, both in my personal walk and my ability to witness to those around me,” he said.

In his remaining two years at Biola, Nathan plans to continue to delve into his major as much as he can. He appreciates the practical knowledge he has acquired in his classes and knows he still has much to learn in that area. He also greatly values the reconciling of faith and science that is modeled for him by his professors.

“The value of scientific literacy is only increasing. When Christians have a background in science, it does a lot to undermine the notion that that we can't be scientifically engaged. It also allows us to witness to others and speak to issues of importance with a unique sense of credibility. This is tremendously important, because in today's world, when people are looking for answers to big questions, we often turn to scientists.”

Although Nathan is still discovering what he wants to pursue after Biola, he is excited to keep learning and trying new things. He is looking forward to what the rest of his Biola education will include, including the projected opening of the new Alton and Lydia Lim Center for Science, Technology and Health in the spring of 2018.

“I will be a senior the year that the building is created, so I am glad I will get to finish out my Biola education in the new space!” Nathan said. 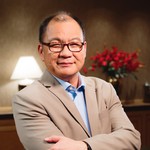 Lawrence Tong ('89) works to address income inequality and alleviate global poverty through his role as International Director of Operation Mobilization. 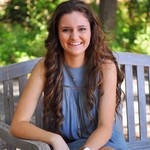 Current student Lizzy Pintarich came to Biola to learn about the public relations world from a Christ-centered perspective. 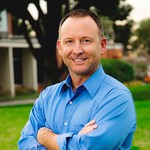 Brandon Cash (M.Div. '98) passionately communicates the truth of God's Word through his work as a pastor of a church in Los Angeles and as Chaplain for the L.A. Dodgers.